Ilvaite is a fairly common mineral but rarely discovered as being a gem that is faceted. Some of the mineral specimens are very collectable well-formed, shiny black, diamond-shaped crystals with sub-metallic luster. Gems are opaque black for collectors of the “black gem” category.

Ilvaite is bought at many locations worldwide including Elba, at Rio Marina and Capo Calamita; on Mt. Mulatto, near Predazzo, Trentino-Alto Adige, Italy. Very large crystals from Seriphos, Cyclades Islands, Greece; from the Kangerdluarssuk Plateau, in the Ilímaussaq intrusion, southern Greenland; fine crystals at Dal’negorsk, Primorskiy Kray, Russia; in america, very fine crystals from the Laxey mine, South Mountain, Owyhee County, Idaho; and the Prince of Wales Island, Alaska. 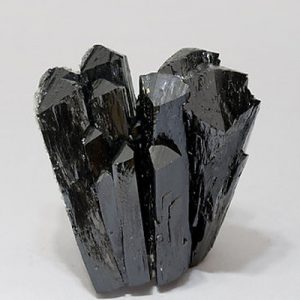