Neotocite, also known as Penwithite, is similar in composition to Serpentine and is an alteration product of Bementite. The chemical formula of Neotocite is (Mn2+Fe2+)SiO3 · H2O (Hydrated Manganese Iron Silicate) and its molecular weight is 149.26 gm. It is not a scarce mineral but rarely available as a faceted gem. Neotocite is always opaque and usually a shade of liver brown. Moh’s Hardness of Neotocite is 3.0 – 4.0. 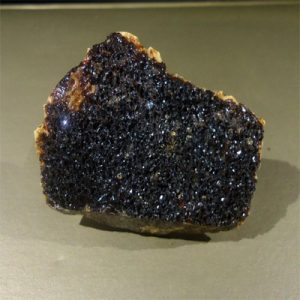