Niobite is an obsolete synonym for the mineral Columbite-(Fe). Niobite was named in 1845 by Austrian mineralogist Wilhelm Karl Ritter von Haidinger (1795-1871) for its niobium (Nb) content. However, a mineral of the same chemical composition, named Columbite, had already been discovered and named in 1805 by Scottish naturalist and mineralogist Robert Jameson (1774-1854) for its columbium (Cb) content. The Columbite name had historical precedence and remains to this day. The element niobium was originally named columbium. The element columbium (Cb) was discovered and named in 1801 by English chemist Charles Hatchett (1765–1847) after Columbia, the historical and poetical name for America, where it was first found. The name Columbia was derived from, and in honor of, Christopher Columbus, discoverer of America.

The element columbium was “rediscovered” in 1844 by German chemist Heinrich Rose (1795-1864) who named it niobium from the Greek mythological figure Niobe, a daughter of Tantalus, and the Greek symbol of eternal mourning. The element columbium (Cb) was eventually assigned the name niobium (Nb) in 1950 by the International Union of Pure and Applied Chemistry (IUPAC). 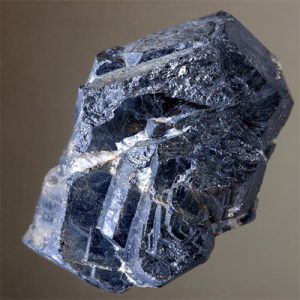