Rose Quartz is a variety of Quartz named for its pale to medium pink “rose” colors. The color is usually considered as due to trace amounts of titanium, iron, or manganese, in the massive material. Some Rose Quartz contains microscopic rutile needles which produces an asterism in transmitted light. 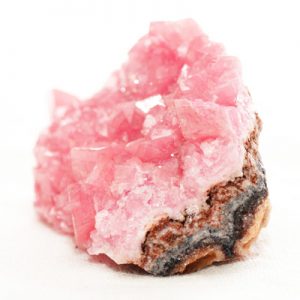