Sérandite is an extremely rare gem that is one of the best known rare minerals from Mont Saint-Hilaire, Quebec, Canada. It contains manganese which gives it the beautiful salmon pink color similar to other manganese containing minerals such as Rhodochrosite and Rhodonite. Sérandite is often associated with other rare minerals such as Aegirine,Analcime, Arfvedsonite, Astrophyllite, Eudialyte, Nepheline, Sodalite and Villiaumite. Sérandite crystals are rarely transparent in large enough sizes for faceting, so faceted gems are usually translucent and included. 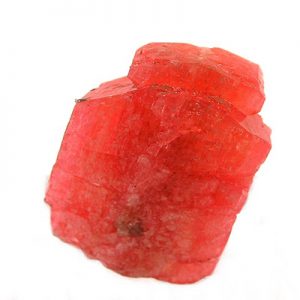