Wardite is a rare, little known and unusual Phosphate mineral. Unusual in that it is one of only a few minerals that is known to belong to the tetragonal – trapezohedral class. Two of the other gem type minerals in this class are Ekanite and Mellite. Massive green Wardite is commonly associated with Variscite nodules in Utah, USA. 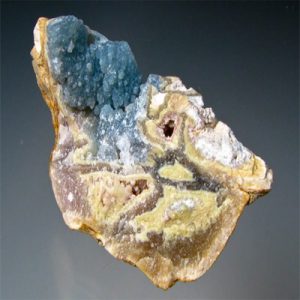