Whewellite is a very rare and unusual mineral and an extremely rare gem. It is a crystalline organic mineral similar to Amber except that Amber lacks a crystalline structure. It is up for debate whether Whewellite is actually a mineral since it has an organic connection in its formation. Whewellite is formed by the oxidation of organic material in coal seams and sedimentary nodules and concretions. Other than this organic connection, Whewellite can be considered a legitimate mineral because it meets the basic criteria for minerals: it is naturally formed; a crystalline solid; composed of a set chemical formula; and is formed with no direct biological connection. Whewellite gems are extremely rare, very small, have little to no dispersion, and offer little but their rarity. 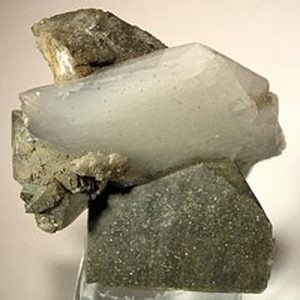