Wurtzite is a zinc iron sulfide mineral that is a less common form of Sphalerite . Wurtzite is trimorphous with Sphalerite and Matraite. Trimorphous means the three minerals have the same basic chemistry but different crystal structures. Opaque Wurtzite is found layered with Sphalerite , Galena  and Marcasite  in Schalenblende . Polished Schalenblende cabochons are available from time to time. Wurtizite has also been found as very small red-brown crystals at the Agios Philippos Mine, Évros Prefecture, Thraki Department, Greece. These crystals are very attractive as mineral specimens but too small for faceting. Wurtzite was not available as faceted, transparent gems until relatively large, bright, gemmy crystals were found in the Winter of 2012 and brought to the market in early 2013. These crystals were found in a single pocket in the  Tanzanite deposit in the Merelani Hills, south of Arusha, Tanzania. The crystals measure up to 2 cm in diameter and have a tabular shape with pyramidal faces. These remarkable crystals are considered to be the best of the species by all who have seen them. There were very few gemmy crystals found making faceted Wurtzite gems very rare.

Other localities: In the USA, from near the Thomaston Dam, Litchfield County, Connecticut; at the Leonard mine, Butte, Silver Bow County, Montana; at Frisco, Beaver County, Utah; and from the Joplin district, Jasper County, Missouri. From Rachelshausen, near Gladenbach, Hesse, Germany. At Liskeard, Cornwall, England. From Mežica (Mies), Serbia. At Príbram,CzechRepublic. In Romania, from Baia Sprie (Felsóbánya). At Quispisiza, near Castro Virreyna, Peru. In a number of mines in the Huanuni district, Oruro, and Chocaya, Potosí, Bolivia. 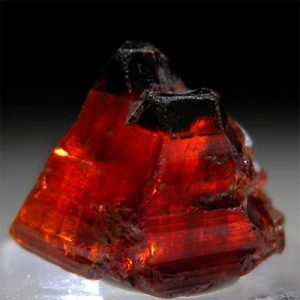